EVERYTHING you've ever wanted to know about the art and business of making picture books is here.

This is a professional level comprehensive children's book class. Will & Jake have spent their careers learning the craft of visual storytelling and applying it in animation and children's publishing. They have both illustrated books for major publishers including Scholastic, Random house, Harper Collins, Penguin, Macmillan, Simon & Schuster, Leap Frog, Harcourt, and Klutz among many others. They've been compiling information, principles, lessons, demos, and techniques to teach you everything you need to know to illustrate a children's book.

This class is broken down into two parts:

In Part 1 we will give instruction concerning the development of the content of your illustrations. We will not focus on mediums so this is NOT a digital or watercolor class - rather it will teach you the more intellectual decision making behind what you choose to illustrate - it is a class for everyone working in any medium. We will focus on making the art for printed children's books but will not teach how to make ebooks or story apps.

Part 2 will cover all things related to successfully selling books and managing your business affairs related to children's books. We will cover the preparations for submitting and marketing your stories and work to publishers. It will be useful for those interested in self publishing but - we will not teach marketing for self publishing.

Sheila Keenan is an established editor in children's book publishing and author of fiction and nonfiction for young people. She has served as Editor at Penguin, Senior Editor at Abrams and Executive Editor at Scholastic. Her latest book, Dogs Of War, is a graphic novel of historical fiction based on the role of dogs in the military. She collaborated with David Macaulay on “How It Works,” his new illustrated nonfiction series for beginning readers. Sheila lives in New York City with her artist husband Kevin Duggan. They are currently working together on a new picture book about a whale rescue.

Chad W. Beckerman is the Creative Director at ABRAMS, where he oversees picture books, novels and graphic novels under the Abrams Books for Young Readers, Amulet Books, Abrams Appleseed and Abrams ComicArts imprints. He is the designer behind such successful children series as Diary of a Wimpy Kid, Origami Yoda, NERDS Nathan Hale's Hazardous Tales, Frank Einstein and The Terrible Two. He has been a judge for several illustration competions such as Society Of Illustrators Annual 53, Communication Arts Illustration Annual 54: 2013, American Illustration 32, 2014 SCBWI New York Show Illustration Judge and the New York Book Show 2104. He has worked with a variety of illustrators from John Hendrix, Nikki McClure, Sophie Blackall, Jillian Tamaki, Yuko Shimizu, Dan Santat, David Shannon, Jen Corace, Harry Bliss, and Julia Denos to name a few. He studied illustration at the Rhode Island School of Design.

Stephen Fraser joined the Jennifer DeChiara Literary Agency as an agent in January 2005. He worked most recently at HarperCollins Children’s Books, where he edited such creative talents as Mary Engelbreit, Gregory Maguire, Michael Hague, Ann Rinaldi, Kathryn Lasky, Brent Hartinger, Stephen Mitchell, and Dan Gutman. He began his career at Highlights for Children and later worked at Scholastic and Simon & Schuster. A graduate of Middlebury College in Vermont, he has a Master’s degree in Children’s Literature from Simmons College in Boston. He represents both children’s and adult books in a wide range of genres.

Will Terry has been a freelance illustrator for 26 years. He got his start working for magazines and newspapers in the Washington D.C. area. His early clients include publications such as Time, Money, WSJ and ads for Sprint, Pizza Hut, Fed Ex, and Master Card. He has illustrated about 30 children’s books for a number of publishers, including Random House, Simon & Schuster, Scholastic, and Penguin. When he's not mountain biking, hiking, or snowboarding he works out of the svslearn.com office in Provo Utah. 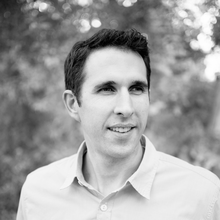 For the last 19 years Jake has worked on everything from animated films to comics to picture books. For several years he worked for Reel FX and Blue Sky Studios on such projects as Horton Hears a Who, Rio, and Epic. He is the creator of the popular Inktober drawing challenge. Jake currently works as an illustrator and cartoonist on children's books and comics. He works out of his home studio in Arizona.

There are no requirements to take this class. We have beginners up to professional illustrators taking our classes. Because we are mostly delivering information and giving demos - the discussions and presentations give everyone the information they need to create and sell their children's books.